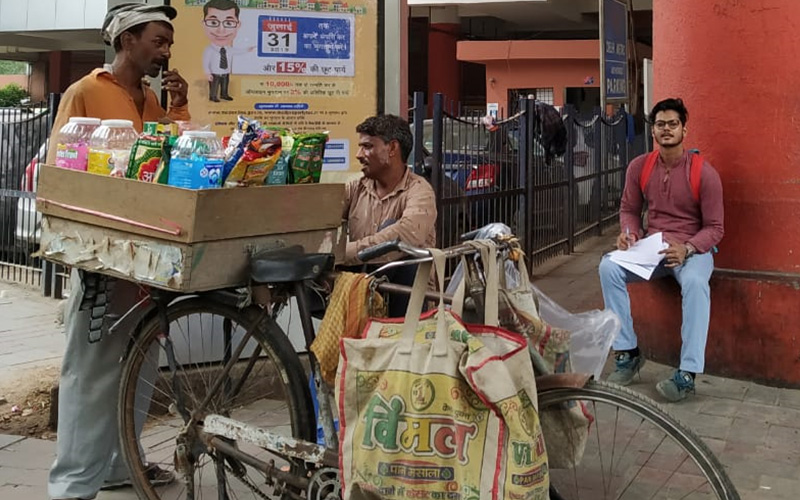 The main purpose of the study was to assess the extent to which pan masala brands and their brand extensions were sold at retail outlets and further to better understand the marketing strategies of the SLT and related brands in the market.

Unburnt tobacco, commonly known as ‘smokeless tobacco’ (SLT), consumed orally or nasally, is increasingly becoming a serious public health issue in the South-East Asia Region. In India, every year people die due to various tobacco related diseases such as cancer, cardio-vascular diseases, tuberculosis, etc. While the prevalence of smoking is decreasing in many countries, the use of SLT is on the rise. In India, one in four adults and one in ten school students (13-15 years) uses SLT and is at grave risk due to its addiction. In 2010, an estimated 368,127 deaths (217,076 women and 151,051 men) were attributed to SLT use. In terms of consumption characteristics, SLT is both gender and age independent. Further, recent data reveals that out of the 266.8 million (29%) adult tobacco users, 21% use SLT. This indicates that the number of SLT users is more than twice of those who smoke.

Due to the impact of SLT on the public health scenario in India, the Food Safety and Standards Authority of India (FSSAI) notified the Food Safety and Standards Regulation, 2011, with Regulation 2.3.4 prohibiting the use of tobacco and nicotine as ingredients in any food products.  Majority of the states welcomed this step by issuing orders prohibiting gutka and pan masala containing tobacco and/or nicotine. However, in order to circumvent this ban, gutka manufacturers resorted to selling pan masala and chewing tobacco in twin packs. The ingredients of both the packs can be mixed together to create gutka previously sold in a single pack.

The questions that one should ask are: Is the strategy of launching non-tobacco products with the same name and advertising work? How effective or ineffective is it? More importantly, what is happening at the level of the retailer? Is he pushing the small tobacco packet along with pan masala? Are customers demanding it? What is the sale of these products at the level of the retailer? What is the quantum of sale of products such as silver pearls and the like? Is advertising for pan masala surrogate for gutka? Is advertising for silver-coated elaichi a surrogate for pan masala and gutka?